Try to Contain Your Laughter: Prince Charles and Lady de Rothschild Team Up to Talk About ‘Inclusive Capitalism’ 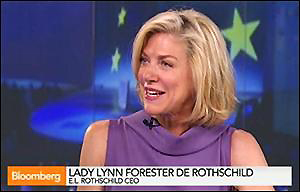 Now that the worldwide Occupy Wall Street protest movement has been beaten, pepper-sprayed, mass-arrested and hog-tied into submission; now that assorted financial luminaries have exhorted corporate media to stop giving air time to people calling bankers evil; it’s now safe for the 1 percent to take over the debate – or so the thinking goes in London.

Prince Charles, who lives in four mansions in England, Scotland and Wales, delivered the opening speech yesterday for a conference on “Inclusive Capitalism” hosted by Lady de Rothschild, wife of multi-billionaire Sir Evelyn Robert de Rothschild, in the heart of financial skulduggery, the City of London, Wall Street’s alter ego.

Rounding out the day’s speakers were former President Bill Clinton, who repealed the depression era investor protection legislation known as the Glass-Steagall Act which deregulated Wall Street and is widely blamed for the 2008 financial collapse and for ushering in the greatest wealth inequality in America since the Gilded Age; and former Treasury Secretary Lawrence Summers who helped Clinton muscle through the deregulatory legislation. (You can see the full-day agenda here.)

The lurking undertone of the conference was not so much a noblesse oblige gesture to spread the wealth as it was an effort to address the growing anxiety among the well-heeled that if they don’t step up their PR game, government and/or a populist revolution is going to take the reins – and possibly their heads.

Lady de Rothschild (Lynn Forester) summed up the anxiety the day before in an interview with Bloomberg News, saying it’s “really dangerous when business is viewed as one of society’s problems.” She noted further that 61 percent of Britons say they will elect the party “that is toughest on big business.”

The web site of the Inclusive Capitalism Initiative which sponsored the conference adds this note to explain its motivations: “To avoid heavy-handed government interference in the banking sector, a revolution in management, supervision and ethics is required.” 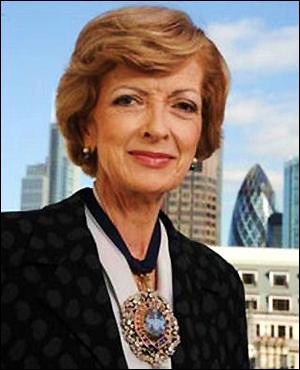 Fiona Woolf, Lord Mayor of the City of London

The participants at the conference came from the same rarefied air as the speakers. It leaked out that the 250 corporate execs and financial bigwigs who attended the event control $30 trillion in assets. Deutsche Welle wrote: “Time will tell whether the ‘Inclusive Capitalism Initiative’ bears any fruits other than more of the sort of conferences at which extremely wealthy people arrive in private jets to spend a pleasant few hours together and reassure each other that they’re doing their best for society.”

Serving as something of a co-host for the day-long conference was Fiona Woolf, the Mayor of the City of London who goes by the 12th Century title, “Lord Mayor.” (Watching a partial web cast of the proceedings was akin to sitting through an animated children’s fairytale set in the 12th Century with repetitions of Prince, Lord and Lady tumbling off everyone’s lips.) Prior to her Lord Mayor-ship, Woolf was a partner at the 3,000 lawyer-strong law firm of CMS Cameron McKenna, which has a heavy presence in finance and banking.

Woolf sounded absolutely dazzled with anticipation when she wrote at the Huffington Post yesterday: “Today, I am hosting one of the most star-studded gatherings of recent times at the City’s Mansion House. Economic and political luminaries from across the globe are attending…” (“Star-studded” and “inclusive” do not immediately spring to mind as synonyms.)

Could it be any more fitting for the first half of the day’s events to be held in a place called “Mansion House” – a Palladian mansion whose first stone was laid in 1739 and which regularly hosts grand dinners for 250 guests on the taxpayers’ dime. The mansion serves as both residence and office for the Lord Mayor of the City of London who functions as a roving goodwill ambassador for financial interests in London. According to the official web site, the Lord Mayor, as a “dedicated ambassador, supporting and promoting the City as the world leader in international finance and business services, the Lord Mayor travels extensively, in liaison with the Foreign and Commonwealth Office, fostering goodwill and boosting British trade, particularly the markets and services of the City.” 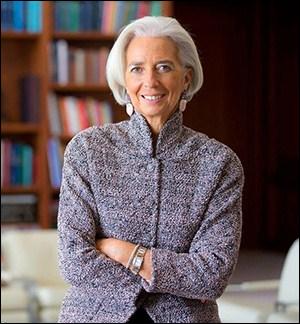 Christine Lagarde, Managing Director of the International Monetary Fund, also addressed the conference but, apparently, hadn’t gotten the memo about not calling the bankers evil. Lagarde noted that “the most recent poll conducted by the Edelman Trust Barometer, for example, showed that less than a fifth of those surveyed believed that governments or business leaders would tell the truth on an important issue.”

Lagarde also made the following points:

“Since 1980, the richest 1 percent increased their share of income in 24 out of 26 countries for which we have data.

“In the US, the share of income taken home by the top one percent more than doubled since the 1980s, returning to where it was on the eve of the Great Depression. In the UK, France, and Germany, the share of private capital in national income is now back to levels last seen almost a century ago.

“The 85 richest people in the world, who could fit into a single London double-decker, control as much wealth as the poorest half of the global population  — that is 3.5 billion people.” 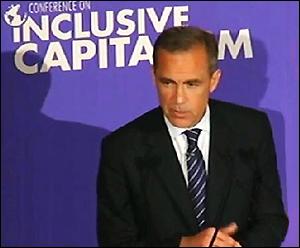 Mark Carney, Head of the Bank of England, Speaking on Inclusive Capitalism

The final speaker of the evening was the head of the Bank of England, Mark Carney, who brought up those pesky issues of rigged markets (which in effect are part of an institutionalized wealth transfer system). Carney said: “In recent years, a host of scandals in fixed income, currency and commodity markets have been exposed.  Merely prosecuting the guilty to the full extent of the law will not be sufficient to address the issues raised.  Authorities and market participants must also act to re-create fair and effective markets.”

Prosecuting the guilty to the full extent of the law? That’s a very novel idea on this side of the pond.