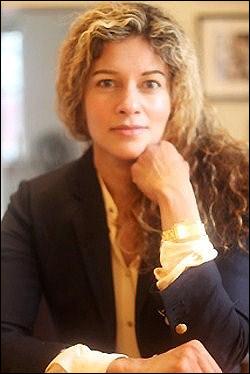 R. Tarmara de Silva, a Lawyer in the Battle Against the Chicago Mercantile Exchange

Three years before bestselling author Michael Lewis stunned the world on 60 Minutes on March 30 of this year with the announcement that “stock market’s rigged,” lawyer R. Tamara de Silva had made the case quite poignantly on her law firm’s blog. Even more importantly, she simultaneously called on the Securities and Exchange Commission and the Department of Justice to commence an investigation.

It was only after the charges in the Lewis book, “Flash Boys,” went viral around the globe that the FBI, Department of Justice and SEC acknowledged that there might be a problem with high frequency trading and the integrity of U.S. markets. Subpoenas are now flying.

“High frequency trading firms (‘HFTs’) utilize a series of algorithms to take advantage of the computers’ speed and proximity to the marketplaces to get information about orders and price before every other market participant. The physical exchanges like NYSE, NASDAQ and CBOE lease out space to HFTs that allows HFTs to place their supercomputers directly next to the supercomputers of the exchanges thereby giving the HFTs advantages of milliseconds and microseconds — to see price and order information (inside information) before anyone else that is not paying for co-location and does not have a supercomputer with algorithms at the physical exchange…

“One example of unabashed front running acknowledged to be a ‘trading’ strategy of the HFTs is the use of flash orders. The exchanges pay rebates to traders who post bids and offers to buy and sell shares of a stock. They also charge fees to market participants who respond to these posted bids and offers. The systems of rebates creates an incentive for HFTs to post bids and offers, which they can almost instantly cancel or route their bids and offers to another marketplace, having collected the rebate, before they are accepted because they can see the order from the slower acceptor of the bid and offer coming. This allows the HFTs to collect rebates and artificially drive the price of a stock up or down…

“Lastly, the HFTs because of their position to cheat are not assuming any market risk — the ability to see price and order information before everyone else and to act on it means that they ‘cannot lose.’

“The SEC and the United States Attorneys Office should look at the arbitrage practices of the HFTs for what they are — cheating. The fact that 73% of trading volume results from the arbitrage activities of HFTs should not lead them to be considered another industry ‘too big to fail.’ Yet, there is a very real possibility that even the SEC and unsophisticated legislators believe that regulating a de facto illegal enterprise that accounts for so much of trading volume may harm the markets.” (Read the full post here.)

R. Tamara de Silva is the lawyer who on April 11 of this year filed a closely watched case in Chicago charging the CME Group and the Board of Trade of the City of Chicago with facilitating the rigging of the futures market by high frequency traders. The case was filed as a class action by futures traders William C. Braman, Mark Mendelson and John Simms. De Silva is joined on the suit with lawyers Michael C. Moody, Michael J. O’Rourke, and Robert E. Williams of the Chicago law firm, O’Rourke & Moody. (See High Frequency Trading Lawsuit Against CME Group, et al for the full text.)

A key attorney for Skadden Arps in the case in Albert L. Hogan III, who has previously represented the CME Group. Hogan has also represented Ameriprise Financial in enforcement matters before the SEC and industry self-regulator, FINRA, in mutual fund sales practices matters. Another financial services client is Bank of America, whom he is representing on an ERISA class action.

Skadden Arps, with its 1600 lawyers and 23 offices, might typically be viewed as an insurmountable force. But de Silva is a uniquely qualified lawyer for a case such as this: she previously worked as a trader on the floor of the CBOT in the 90s and can fashion the arcane jargon of how the markets have been rigged into content digestible to a Federal judge and jury.

In a press release announcing the case on April 11, the plaintiffs’ lawyers wrote: “While it is true that the facts alleged in the Plaintiffs’ lawsuit have been reported, written about and observed by many disparate market participants, we commend the Plaintiffs for being the first to fight back. The integrity of the markets is a core national interest one that is vital to the United States economy. Opaque market practices that distort price information erode public participation and trust, and will ultimately lessen the credibility, security and stability of our financial markets.”

According to industry sources in Chicago, the three traders have received an outpouring of support from their peers for having the temerity to challenge the corrupt practices in a Federal court case. Chicago traders who grew up in these markets and are frequently the second or even third generation in their family to work at the exchanges understand that entrenched corruption benefits no one over the long haul.

The case is Braman et al v CME Group Inc et al, and was filed in the U.S. District Court for the Northern District of Illinois. The Civil Docket for the case is #: 1:14-cv-02646. The case has been assigned to Judge Charles P. Kocoras.

Internal Graph at CME Shows How the Futures Market is Rigged