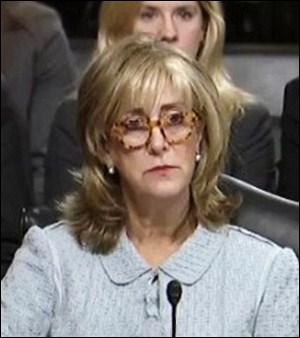 Ina Drew, Former Head of the Chief Investment Office at JPMorgan, Testifying at the March 15, 2013 Senate Hearing on the London Whale Trading Losses

In the past two years, two of the most senior, long-tenured and talented women at JPMorgan, Ina Drew and Blythe Masters, have bid adieu to the bank and its CEO, Jamie Dimon, under less than ideal circumstances. Questions are now emerging as to whether Dimon required that these senior supervisors hold proper industry licenses for the work they performed for the bank.

Ina Drew, the former head of the Chief Investment Office, who supervised the traders responsible for losing $6.2 billion of the bank’s deposits in exotic derivatives trading in London, resigned from the firm over that firestorm on May 14, 2012. Drew had been with JPMorgan and its predecessor banks for 30 years.

In Drew’s testimony before the U.S. Senate’s Permanent Subcommittee on Investigations on March 15, 2013, Drew told the hearing panel that beginning in 1999, she “oversaw the management of the Company’s core investment securities portfolio, the foreign-exchange hedging portfolio, the mortgage servicing rights (MSR) hedging book, and a series of other investment and hedging portfolios based in London, Hong Kong and other foreign cities.”

Drew told the Senate Committee that the investment securities portfolio exceeded $500 billion during 2008 and 2009 and as of the first quarter of 2012 was $350 billion. But during the 13 years that Drew supervised massive amounts of securities trading, she had neither a securities license nor a principal’s license to supervise others who were trading securities.

It is an uncontested reality on Wall Street that if you are going to supervise persons holding a securities license, you must also hold the appropriate securities licenses yourself. Drew, sans license, was supervising traders in London who were registered with the Financial Services Authority (now Financial Conduct Authority). Included among those traders was the now infamous, Bruno Michel Iksil, the so-called London Whale. 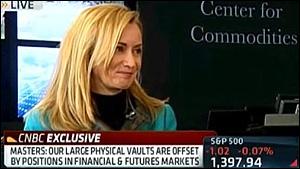 The situation with Blythe Masters is even more puzzling. Masters, who has worked at the bank for 27 years and announced her resignation this month, was named to the post of head of Global Commodities in 2007 and has held that post ever since. Masters has never held a Series 3 license to trade commodities nor a Series 30 to supervise commodity traders according to industry records.

Even more puzzling, according to Financial Industry Regulatory Authority records, Masters is employed at JPMorgan Securities, LLC, a broker dealer – not the bank — and holds a full roster of securities licenses – but no commodity licenses.

According to the firm’s web site: “Blythe Masters is J.P. Morgan’s head of Global Commodities, responsible for the global team that provides integrated physical and financial commodity solutions products for clients. The business provides market-making, structuring, risk management, financing and warehousing capabilities across a full spectrum of commodity asset classes.”

Despite the reference to a “full spectrum” of commodity asset classes, the National Futures Association shows that Masters was approved only as a principal for JPMorgan Ventures Energy Corporation on February 20, 2013. Commodities trading encompasses far more than just energy, e.g., metals, agricultural products, etc.

Last July, the Federal Energy Regulatory Commission fined JPMorgan $410 million for manipulating power markets in California and the midwest. Masters oversaw the division that was charged with the manipulation.

Today, the Wall Street Journal has a front page article revealing its findings that Wall Street employees who repeatedly failed the required exam to sell securities “have on average worse disciplinary records.”

What about those who never take the licensing exams at all?