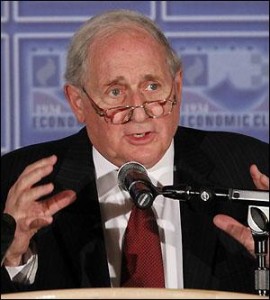 In a span of four days last week, two current executives and one recently retired top ranking executive of major financial firms were found dead. Both media and police have been quick to label the deaths as likely suicides. Missing from the reports is the salient fact that all three of the financial firms the executives worked for are under investigation for potentially serious financial fraud.

The deaths began on Sunday, January 26. London police reported that William Broeksmit, a top executive at Deutsche Bank who had retired in 2013, had been found hanged in his home in the South Kensington section of London. The day after Broeksmit was pronounced dead, Eric Ben-Artzi, a former risk analyst turned whistleblower at Deutsche Bank, was scheduled to speak at Auburn University in Alabama on his allegations that Deutsche had hid $12 billion in losses during the financial crisis with the knowledge of senior executives. Two other whistleblowers have brought similar charges against Deutsche Bank.

Deutsche Bank is also under investigation by global regulators for potentially rigging the foreign exchange markets – an action similar to the charges it settled in 2013 over its traders’ involvement in the rigging of the interest rate benchmark, Libor.

Just two days after Broeksmit’s death, on Tuesday, January 28, a 39-year old American, Gabriel Magee, a Vice President at JPMorgan in London, plunged to his death from the roof of the 33-story European headquarters of JPMorgan in Canary Wharf. According to Magee’s LinkedIn profile, he was involved in “Technical architecture oversight for planning, development, and operation of systems for fixed income securities and interest rate derivatives.”

Magee’s parents, Bill and Nell Magee, are not buying the official story according to press reports and are planning to travel from the United States to London to get at the truth. One of their key issues, which should also trouble the police, is how an employee obtains access to the rooftop of one of the mostly highly secure buildings in London.

Nell Magee was quoted in the London Evening Standard saying her son was “a happy person who was happy with his life.” His friends are equally mystified, stating he was in a happy, long-term relationship with a girlfriend.

One day after Magee’s death, on Wednesday, January 29, 2014, 50-year old Michael (Mike) Dueker, the Chief Economist at Russell Investments, is said to have died from a 50-foot fall from a highway ramp down an embankment in Washington state. Again, suicide is being presented by media as the likely cause. (Do people holding Ph.D.s really attempt suicide by jumping 50 feet?)

According to Dueker’s official bio, prior to joining Russell Investments, he was an assistant vice president and research economist at the Federal Reserve Bank of St. Louis from 1991 to 2008. His duties there included serving as an associate editor of the Journal of Business and Economic Statistics. He also was editor of Monetary Trends, a monthly publication of the St. Louis Fed.

Bloomberg News quotes William Poole, former President of the St. Louis Fed from 1998 to 2008, saying “Everyone respected his professional skills and good sense.”

According to a report in the New York Times in November of last year, Russell Investments was one of a number of firms that received subpoenas from New York State regulators who are probing the potential for pay-to-play schemes involving pension funds based in New York. No allegations of wrongdoing have been made against Russell Investments in the matter.

The case of David Bird, the oil markets reporter who had worked at the Wall Street Journal for 20 years and vanished without a trace on the afternoon of January 11, has this in common with the other three tragedies: his work involves a commodities market – oil – which is under investigation by the U.S. Senate’s Permanent Subcommittee on Investigations for possible manipulation. The FBI is involved in the Bird investigation.

Bird left his Long Hill, New Jersey home on that Saturday, telling his wife he was going for a walk. An intentional disappearance is incompatible with the fact that he left the house wearing a bright red jacket and without his life-sustaining medicine he was required to take daily as a result of a liver transplant. Despite a continuous search since his disappearance by hundreds of volunteers, local law enforcement and the FBI, Bird has not been located.

When a series of tragic events involving one industry occur within an 18-day timeframe, the statistical probability of these events being random is remote. According to a number of media reports, JPMorgan is conducting an internal investigation of the death of Gabriel Magee. Given that JPMorgan, Deutsche Bank and Russell Investments are subjects themselves of investigations, a more serious, independent look at these deaths is called for.