It Wasn’t Conservatives That Were Being Investigated by the IRS; It Was the Koch Brothers’ Front Groups 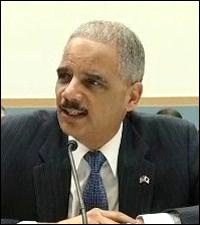 Attorney General Eric Holder Testifying Before the House Judiciary Committee on May 15, 2013

The President Obama of 2013 who is feigning outrage over the IRS adding extra scrutiny to nonprofit applications being filed with the words Tea Party in their title is not the same man who singled out Americans for Prosperity in a speech in 2010. Americans for Prosperity was founded and funded by billionaires Charles and David Koch, who have funneled money into politics through front groups for over four decades to advance their corporate deregulatory agenda that powers their profits and personal wealth. The Kochs are majority owners of Koch Industries, one of the largest private corporations in the world. (According to Forbes, the brothers’ wealth has almost doubled in just three years to $34 billion each – while 46 million Americans without lobbyists and clever tax attorneys live below the poverty level, including one in five children.)

Americans for Prosperity is a front for creating Tea Party groups around the country to project an outpouring of grassroots’ momentum for the Koch agenda.

“Right now, all across the country, special interests are planning and running millions of dollars of attack ads against Democratic candidates. Because last year there was a Supreme Court decision called Citizens United – they’re allowed to spend as much as they want without ever revealing who’s paying for the ads. That’s exactly what they’re doing. Millions of dollars. And the groups are benign sounding – Americans for Prosperity, who’s against that…None of them will disclose who’s paying for these ads. You don’t know if it’s a Wall Street bank, you don’t know if it’s a big oil company, you don’t know if it’s an insurance company, you don’t even know if it’s a foreign controlled entity. In some races they are spending more money than the candidates…They want to take Congress back and return to the days where lobbyists wrote the laws. It is the most insidious power grab since the monopolies of the gilded age.”

Later in the speech, the President promises that “We are not about to allow a corporate takeover of our democracy.” But at the very moment that the Nation is galvanized around a right-wing fueled media frenzy involving IRS scrutiny of nonprofit applications coming from groups with Tea Party in their name, the President folds like a cheap suit, calling the conduct “outrageous” and throwing the acting Commissioner of the IRS, Steven Miller, under the bus.

The role of the President to lead and focus the Nation on the overarching issues was left to Congressman Ted Deutch, a Democrat from Florida’s 21st District, who correctly sized up the real problem in yesterday’s House Judiciary Committee hearing with U.S. Attorney General Eric Holder. 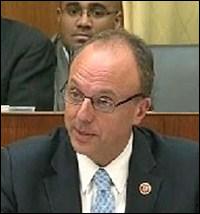 Congressman Ted Deutch of Florida's 21st District Speaking at the May 15, 2013 Judiciary Committee Hearing on the IRS Controversy

“Since the Supreme Court’s Citizens United decision,” said Deutch, “the number of groups applying for this tax exempt status to the IRS has more than doubled…That’s because these so-called social welfare organizations don’t have to disclose their donors; they can still maintain their 501(c)(4) status even if they write huge checks and even if they write them to Super PACs. In 2012, when a record $1.28 billion was spent by Super PACs and outside groups to influence the election and a quarter of that money cannot be traced to any source, the evidence shows that many of the (c)(4)s are being established for the sole purpose of funneling anonymous cash to Super PACs. Now, the IRS should not automatically accept all applications for tax exempt status when groups are increasingly being established for explicit political purposes. So as part of the investigation, part of the discussion, we need to know whether the tax exempt status of any (c)(4), whatever its politics, was either denied or revoked, not because of politics, but because they’re ripping off taxpayers by gaining this tax exempt status.”

Deutch continued: “Of course the American people should be outraged that IRS employees would scrutinize specific groups based on political affiliations but I’m sure that my colleagues would all agree that the American people – the hardworking taxpayers of the Nation – should also be outraged that they are likely subsidizing tax breaks for the makers of the malicious Super PAC ads that poisoned our airwaves during the 2012 election season.”

In fact, the Tea Party is not a “political affiliation.” The Tea Party is not the Republican Party, the Democratic Party, the Greens or the Libertarians. It is a name that has become so heavily aligned with the Koch brothers that if you search Koch brothers together with the words Tea Party in the Google search engine, you find 1.4 million links. Those links are backed with facts, starting with this video. In the video, David Koch appears before an annual convention of chapters of Americans for Prosperity and states “…my brother Charles and I provided the funds to start the Americans for Prosperity.” Later in the video, members of the state chapters of Americans for Prosperity report to David Koch on how many Tea Party groups they have created. One man states: “…hey folks, we’ve held 29 Tea Parties”; another says his chapter has “organized dozens of Tea Parties.” Another woman reports her Americans for Prosperity group turned out 10,000 people at a Tea Party rally in California.

If the rank and file employees of the IRS decided to use the phrase “Tea Party” to digitally search for illegal political fronts in the mountain of nonprofit applications they received, they had hard facts on the ground for their suspicions. On August 30, 2010, Jane Mayer penned a 10,000 word investigative report for the New Yorker on the Kochs and their political front groups. The title of the article summed up the scam: “Covert Operations.” Mayer writes as follows:

“Americans for Prosperity has worked closely with the Tea Party since the movement’s inception. In the weeks before the first Tax Day protests, in April, 2009, Americans for Prosperity hosted a Web site offering supporters ‘Tea Party Talking Points.’ The Arizona branch urged people to send tea bags to Obama; the Missouri branch urged members to sign up for ‘Taxpayer Tea Party Registration’ and provided directions to nine protests. The group continues to stoke the rebellion. The North Carolina branch recently launched a ‘Tea Party Finder’ Web site, advertised as ‘a hub for all the Tea Parties in North Carolina.’

“The anti-government fervor infusing the 2010 elections represents a political triumph for the Kochs. By giving money to ‘educate,’ fund, and organize Tea Party protesters, they have helped turn their private agenda into a mass movement.”

In the same month of August 2010, the New York Times ran an article headlined “The Billionaires Bankrolling the Tea Party” singling out the Koch brothers. The article was bylined by Frank Rich, who wrote:

“Tea Partiers may share the Kochs’ detestation of taxes, big government and Obama. But there’s a difference between mainstream conservatism and a fringe agenda that tilts completely toward big business, whether on Wall Street or in the Gulf of Mexico, while dismantling fundamental government safety nets designed to protect the unemployed, public health, workplace safety and the subsistence of the elderly.”

Later in the article, making a reference to the nonprofits in the shadows of the corporate front groups, Rich writes: “The Koch brothers must be laughing all the way to the bank knowing that working Americans are aiding and abetting their selfish interests.”

Rank and file IRS agents didn’t create their suspicions about the Tea Party out of thin air; they got their best leads from the media – much of which is now showing the same lack of courage to clarify the issues as the President.

U.S. Attorney General Eric Holder acknowledged at the hearing that he has quickly opened a criminal investigation of the IRS employees’ conduct. This is the same U.S. Attorney General who has sat for five years on a mountain of evidence of criminal wrongdoing by Wall Street firms without indicting one major player  – despite the fact that the country came close to financial collapse from this industry’s systemic corruption.

To borrow the phrase from Frank Rich, the Koch brothers must be laughing all the way to the bank.