Obama to America: If You’ve Crashed a Major Bank, I Need You In My Cabinet 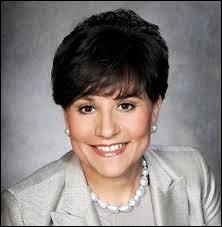 A pattern is emerging in the nominations coming out of the Oval Office. If you’ve played a role in collapsing a major bank, the President has a top slot for you. But only millionaires and billionaires need apply. Union busting scores extra points.

Jack Lew was paid millions as Chief Operating Officer for the very division of Citigroup that collapsed the bank in 2008 and Jack Lew is nominated by the President for U.S. Treasury Secretary. Before that, Lew played a key role in busting a grad students union at New York University.

Billionaire Penny Pritzker was involved in the collapse of the Superior Bank of Illinois, a Chicago savings and loan that went belly up in 2001 and now, according to the New York Times and Wall Street Journal, Pritzker is on the short list to become the next U.S. Commerce Secretary.

Of course, there are other ways to get a salary and a pension from the taxpayer and play a leadership role in pulling the country out of the greatest banking collapse since the Great Depression. Obama is nothing if not an equal opportunity employer of opportunists. If you didn’t personally collapse anything but were white collar defense lawyer to those that did, you can become the head of Wall Street’s regulator. Mary Jo White, partner at corporate law firm Debevoise and Plimpton, whose clients include JPMorgan, UBS, Morgan Stanley and Bank of America, has been nominated by the President to head the Securities and Exchange Commission.

According to the 2012 Forbes list of billionaires, Penny Pritzker has a net worth of $1.8 billion. She is heiress to the Hyatt Hotel fortune and serves on its Board. The company currently has a global boycott campaign running against it for alleged abuse of its housekeepers, hazardous working conditions and anti-union activities. Supporters of the boycott include the National Organization for Women, the NFL Players Association, and over 5,000 social justice organizations and individuals.

In 1988, Penny Pritzker’s uncle, Jay Pritzker, and his long time friend, Alvin Dworman, acquired a failing thrift, the Lyons Savings Bank of Countryside, Illinois. The bank was renamed Superior Bank. This occurred during the time that the Federal Home Loan Bank Board was going full throttle to conceal the savings and loan crisis. It gave Pritzker and Dworman a sweetheart deal. The two put up $21.25 million each and bought bank assets of $1.5 billion. According to media reports, the deal also garnered $645 million in tax credits.

Penny Pritzker served as the Chair of the bank and later on the Board of its holding company as the bank went on a subprime loan securitization binge and used accounting tricks to hide its enormous losses. In 2001, Superior collapsed. The Government Accountability Office assigned the collapse to bad management, writing in its February 7, 2002 report:

“The primary responsibility for the failure of Superior Bank resides with its owners and managers. Superior’s business strategy of originating and securitizing subprime loans appeared to have led to high earnings, but more importantly its strategy resulted in a high concentration of extremely risky assets. This high concentration of risky assets and the improper valuation of these assets ultimately led to Superior’s failure.”

The FDIC eventually settled with the Pritzker and Dworman interests for an agreement that they would pay back $350 million over 15 years, with the first $100 million paid up front.

Writing at In These Times, David Moberg reported on November 8, 2002:

“Even taking into account the ‘record’ settlement they made with the FDIC, the Pritzkers could make more than $700 million in additional profit for running a financial institution into the ground. They had already profited handsomely, sharing in the more than $200 million in dividends to the owners in the ’90s. They accomplished all this with an investment of about $21 million for each partner…”