HSBC’s $1.9 Billion Settlement and the Men on the Hill 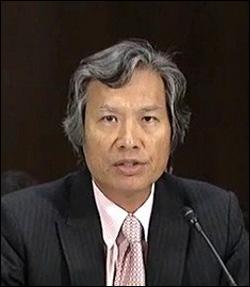 On July 17 of this year, the Senate Permanent Subcommittee on Investigations released a 330-page report on banking giant HSBC, together with 100 documents and internal emails, evincing a culture of hubris and potentially criminal actions when it came to U.S. banking laws.

Today, the U.S. Department of Justice and multiple other U.S. regulators will tie all that up with a tidy red bow for a settlement of $1.921 billion; a small nick in HSBC’s profits of $22 billion last year. HSBC released a statement saying it was “profoundly sorry.”

During the July 17 Senate hearing on HSBC, Subcommittee Chairman, Carl Levin, questioned Chistopher Lok, the former head of global banknotes at HSBC Bank USA, about internal emails from HSBC that the Senate had in its possession.

In the first email, a subordinate tells Lok that a proposed bank customer has a “know your customer” profile that “documents various allegations of fraud, internal control weaknesses, and the FBI investigation into terrorist financing…” The colleague was inquiring if a special security status should be placed on this account.  Lok responds in an email: “…this is such a large bank hence malfeasance is expected” and recommends no special security status.  In a separate email exchange, Lok appears to base his recommendations on the amount of money HSBC might make from the account. Senator Levin inquires of Lok what kind of message this sends to his subordinates at the bank. Lok is humble in his response.

Coburn: “Do you have a recommendation for Senator Levin and I in terms of what we could do to make us both more effective, less burdensome, and more efficient…”

Levey: “I have to say that sounds like a dangerous question. I didn’t come here today to give you recommendations.”

Coburn: “I have the reputation of being a straight shooter. I’m asking that because I really want to know.  I actually like to try to fix what’s wrong with government rather than pile on another program that supposed to do the same thing that’s gonna fail again.”

Senator Coburn had transmuted serial, systemic corruption at a global banking giant into a failure of government. And that is the insanity we tolerate from the right-wing of today’s Republican party as we slosh through never-ending banking corruption built upon their platform that markets will regulate themselves.

The following are findings from the Senate report: