When Barry Meets Sallie: The President’s Choices to Lead the SEC 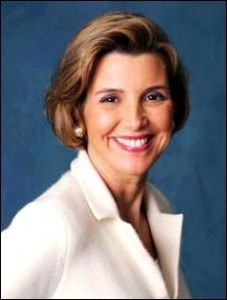 It took the New York Times 12 years to admit it was dead wrong to run editorials urging the repeal of the Glass-Steagall Act, the depression-era investor protection legislation that prevented Wall Street from collapsing the financial system for 75 years. (It took just 9 years from the date of repeal in 1999 for Wall Street to thoroughly corrupt the system, wreck the economy and collapse century old Wall Street firms.)

One would have expected the New York Times to have acquired a little humility from its prior ill-informed meddling with Wall Street regulation. Nothing doing. The Times, together with Bloomberg News and the Wall Street Journal have all magically decided to push Sallie Krawcheck out in front as the leading contender to become the permanent new Chair of the Securities and Exchange Commission, despite Krawcheck’s lack of a securities law degree (or any other kind of law degree), zero experience as a prosecutor, and the stench of Citigroup indelibly attached to her otherwise well-coiffed persona.

Yesterday, The Times ran a 990 word article on who it says are three leading contenders for the permanent chair of the SEC, now that Mary Schapiro has announced she will step down on December 14.  (SEC Commissioner Elisse Walter will serve as interim Chair until President Obama selects a permanent replacement.)  Out of the 990 word article, 33 words were devoted to two of the contenders: Robert Khuzami, the S.E.C.’s enforcement director, and Richard Ketchum, the head of the Financial Industry Regulatory Authority (FINRA).  The Times devoted 11 paragraphs to Krawcheck.

On April 8, 1998, The Times urged the removal of the “unnecessary walls” imposed by the  Glass-Steagall Act:

On July 27 of this year, The Times fessed up:

Now, just four months after its long overdue epiphany, The Times dares to hype for SEC chief a former executive from the behemoth Citigroup that did more than any other firm to wreck the structure of Wall Street, usher in the most corrupt financial era since the 20s, implode the housing market and the economy of the United States.  If there was any doubt as to the role of Citigroup in the collapse, the ultimate insider, Sheila Bair, who headed the FDIC, has solidified the facts in her recent book, Bull by the Horns.

The mastermind of the dysfunctional colossus that became Citigroup was Sandy Weill with the 1998 merger of the insurance firm, Travelers Group, its investment bank, Salomon Brothers, its retail brokerage firm, Smith Barney, together with Citicorp, owner of Citibank.  According to Citicorp’s CEO, John Reed, in an interview with Bill Moyers, at least one of Weill’s motivations was “John, we could be so rich.” At least that worked out as planned.

After the synergies promised by Weill turned into intractable conflicts of interest like feeding rigged stock research to the public to unload dodgy stock offerings, Weill needed to keep the cash minting machinery rolling inside his Frankenbank while cleaning up the image to the public.  Who better to promote the idea of a reformed bank than Sallie Krawcheck who had just been profiled in a June 10, 2002 article in Fortune as one of the “last honest analysts.”

Weill seduced Krawcheck to leave Sanford C. Bernstein, a research firm, with the offer of a two year compensation package of $29.7 million.  Krawcheck went on a perpetual roadshow to shore up the tainted image of Smith Barney to clients and its stockbrokers who were jumping ship in large numbers.  It was a public relations offensive, not dissimilar to the current public relations offensive. 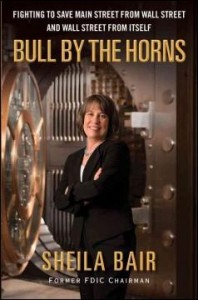 It was in 2004 that the real stunner came.  Krawcheck, who was not a CPA and had never before served as a CFO of even a mid-sized firm, was appointed to the position of CFO at Citigroup, the largest and most complex (and to many, the most dysfunctional) bank in the country. The details of exactly what happened during that period are not known.  But what we do know now is that Citigroup hid tens of billions of dollars of toxic debt off its balance sheet during multiple years and that led to the firm’s insolvency and massive taxpayer bailout in 2008. Why Krawcheck didn’t stop that practice is enough of a reason to dismiss her consideration as an SEC chief.

Krawcheck left Citigroup in September 2008 and landed at Bank of America the following year. She was fired from her post there last year as part of a management shakeup.

President Obama has a critical choice to make when he names the new permanent head of the SEC.  Will it be business as usual on Wall Street to the detriment of the rest of the country or will that long awaited message of hope and change finally arrive in the form of a real cop on the beat overseeing Wall Street.

Former Senator from Delaware, Ted Kaufman, suggested the name of Sheila Bair for SEC chief on Fox News recently.  As former chair of the FDIC during the crisis, Bair had a front row seat at what brought down the Wall Street firms and intimately knows what needs to change to prevent another collapse.  Bair could hit the ground running without the need for a public relations offensive. Barry should be meeting with Sheila, not Sallie.