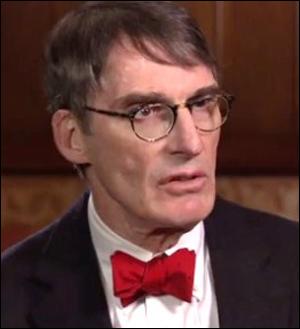 James Grant Appearing on PBS to Discuss the Power of the Federal Reserve, December 20, 2013

PBS promised a “debate” this past Friday night on the “benefits and dangers” of the Federal Reserve as the Fed marks its 100 years of existence tomorrow. Instead of a debate, two famous stock market historians made the same stunning announcement – that the Fed has decided its job is to push up the stock market.

Consuelo Mack’s Wealthtrack program on PBS had invited James Grant, Editor and Founder of Grant’s Interest Rate Observer, and Richard Sylla, the Henry Kaufman Professor of the History of Financial Institutions and Markets at NYU’s Stern School of Business. The opening scene for the program shows Sylla in a party hat lighting the candles on the Fed’s birthday cake while Grant snuffs them out – suggesting that Sylla would be making pro-Fed statements while Grant would take the opposing view.

What happened during the program, however, was that both men made the candid and bold accusation that the Federal Reserve, for the first time in its history, has assigned itself the job of propping up the stock market.

Grant had this to say: “New thing – it is in the business of talking up the stock market…The Fed is manipulating prices, especially on Wall Street.” To another question from Mack, Grant says: “The Fed has presided over the decay of finance.”

Professor Sylla adds more fuel to the fire, stating: “The Fed seems to have, I think almost deliberately, is trying to push the stock market up. I’ve watched this stuff for 40, 50 years now and this is the first time in my memory when it seemed to be official U.S. government policy that the stock market goes up. And the Fed likes this because it thinks that when the stock market goes up, people who own stocks feel richer, they’ll go out and spend more money, and the unemployment rate will come down.” You can watch the full program here. 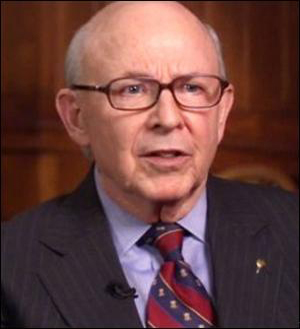 Is it possible that the Federal Reserve, with its economic wizards and differential equations, doesn’t know that the more it props up the stock market and Wall Street, the more it is undermining Main Street and exacerbating wealth inequality in America?

As brilliantly laid bare by producer Martin Smith on another PBS program on April 23 of this year, Wall Street has become an institutionalized wealth transfer mechanism, moving the savings of the little guy into the pockets of the very rich.

The program, The Retirement Gamble, showed how if you work for 50 years and receive the typical long-term return of 7 percent on your 401(k) plan and your fees are 2 percent, almost two-thirds of your account will go to Wall Street. Under a typical 2 percent 401(k) fee structure, almost two-thirds of your working life will go toward paying obscene compensation to Wall Street; a little over one-third will benefit your family – and that’s before paying taxes on withdrawals. The dirty secret is the negative impact that Wall Street fees subtract from compounded interest over long blocks of time.

In the program, Smith pulls up a compounding calculator on his laptop. On air, he shows the viewer the results:

Approximately 70 percent of Americans who have a retirement plan at their place of work have a 401(k) plan rather than a pension plan (defined benefit plan) that would deliver a fixed sum at retirement. Not everyone is paying 2 percent in 401(k) fees. Some workers are paying more and others are paying less – sometimes much less if using passively managed index mutual funds.

But the point is, by making propping up the stock market a goal of monetary policy, the myopic Federal Reserve is ignoring the fact that the majority of stock market wealth is ending up in the hands of the top 10 percent, doing very little to create jobs or stimulate the economy for the other 90 percent of Americans.